Benchmark indexes ended the week at or within reach of records set days before. The Dow Jones Industrial Average was up 0.5% over the past five days, matching the record close set on Wednesday, Oct. 11.

The S&P 500 closed just points from a previous record. The index ended with weekly gains of 0.15%.

Meanwhile, the Nasdaq did top its previous record on Friday, Oct. 13, ending the week at an all-time high of 6,605.8. The tech-heavy index rose 0.22% over the past five sessions.

“This remains a bull market,” Raymond James’ Jeffrey D. Saut wrote in a note earlier in the week. “One has no choice but to remain long on equities on balance … Modestly long seems to be the order of the day.”

Banking names unofficially kicked off the third-quarter earnings season this week. A decline in trading revenue was a common theme among those that reported, though results were generally above expectations.

Trading revenue saw a sharp 21% decrease to $4.53 billion, as previously projected by the company. CEO Jamie Dimon said in September that volatility in markets would increase trading revenue down the line.

Citigroup Inc. (C) also beat earnings and revenue estimates in the third quarter, though it reported a decline in trading and corporate revenue. Earnings of $1.42 a share came in a dime over estimates. Revenue increased 2.3% to $18.17 billion, $270 million higher than expected.

Meanwhile, Wells Fargo & Co. (WFC) reported a drop in earnings over its recent quarter, the result of a one-time charge tied to mortgage investigations. The bank earned 84 cents a share, down from $1.03 a year earlier. Analysts anticipated earnings of $1.02 a share. The one-time charge amounted to 20 cents a share in litigation costs. Revenue declined 2% to $21.9 billion, also missing estimates.

“Over the past year we have made fundamental changes to transform Wells Fargo as part of our effort to rebuild trust and build a better bank,” CEO Tim Sloan said in a statement. The bank has struggled to right itself after a string of consumer sales scandals over the past 12 months.

Just 6% of S&P 500 companies have reported earnings so far, the majority of which have bested earnings and sales estimates. Analysts anticipate blended earnings growth of 4.4% in the third quarter, or 2.3% excluding energy, according to Thomson Reuters estimates. Revenue is expected to rise by 4.4%.

Health insurance stocks such as UnitedHealth Group Inc. (UNH) and Aetna Inc. (AET) were under pressure at the end of the week after President Donald Trump made his biggest moves yet to dismantle the Affordable Care Act.

The Department of Health and Human Services moved late Thursday, Oct. 12, to cut off subsidies to health insurers under the Obama-era law.

The White House said in a separate statement that the government cannot legally continue to pay the so-called cost-sharing subsidies because they lack a formal authorization by Congress. Halting the payments is likely to trigger a spike in premiums for next year, unless Trump reverses course or Congress authorizes the money. The next payments are due around Oct. 20.

Trump also signed a new executive order on Thursday, loosening up the regulations that kept Obamacare afloat. The order loosens rules for health plans issued by employers and allows small businesses to band together to purchase health care plans across state lines that do not need to adhere to Obamacare rules. Without those requirements, employers could offer health plans which do not cover services such as mental health and maternity coverage.

Inflation and the Fed 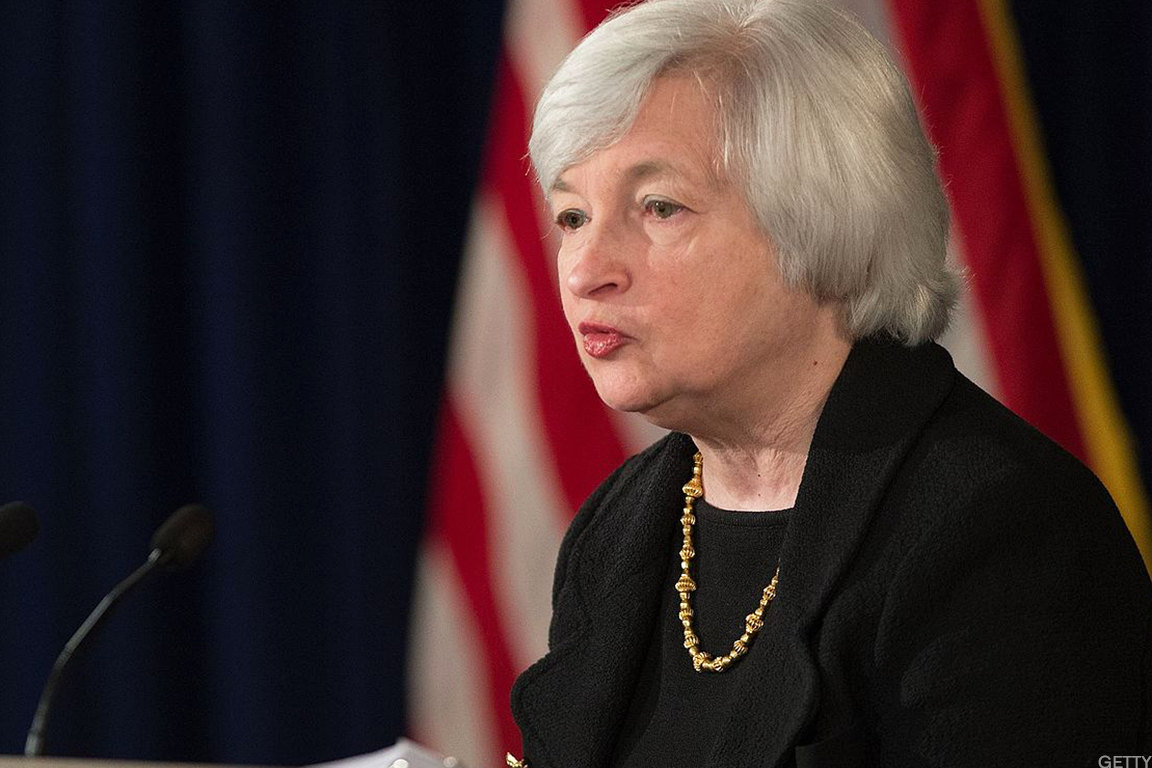 Soft inflation and what that may mean for the Federal Reserve’s long-term hike plans dominated Wall Street conversation this week.

In economic data, producer prices in September doubled from a month earlier, a promising sign inflation is beginning to rise toward the Federal Reserve’s 2% target. The U.S. producer price index rose by 0.4% in September, matching analysts’ estimates. The index had climbed by 0.2% in August. Core prices, excluding food and energy, gained 0.2%. Producer prices increased by 2.6% on a year-over-year basis, the highest level since 2012.

Consumer prices rose in September, though the core rate of inflation remained stubbornly below the Fed’s 2% target. The consumer price index increased 0.5% last month, according to the Bureau of Labor Statistics, 10 basis points below estimates. Year over year, consumer prices rose to 2.2% growth from 1.9%. However, excluding food and energy, core prices increased 0.1% and held flat at 1.7% on a year-over-year basis.

Questions over the inflation outlook and what it means for future rate hikes kept the Federal Reserve’s monetary policy committee split at its September meeting, according to minutes released on Wednesday.

Many members of the Federal Open Market Committee said another rate hike by year’s end was likely to be warranted if the medium-term outlook remains unchanged, according to minutes from the September meeting. Some, however, said that decision should be based on incoming data on inflation.

Growth trends remained a conundrum to most members. Participants “expressed concern that the low inflation readings this year might reflect not only transitory factors, but also the influence of developments that could prove more persistent,” according to the minutes. “It was noted that some patience in removing policy accommodation while assessing trends in inflation was warranted.”

The chances of a December rate hike slipped to 86.7% in the afternoon session from 92% before the minutes, according to CME Group fed funds futures. Markets are currently pricing in a rate hike of 25 basis points that would put the federal funds rate at 1.25% to 1.5%.

The need to normalize monetary policy as the economy recovers even though inflation has been lackluster has left the Fed mixed on how to proceed. Arguments on both sides have merit, according to analysts.

Any rebound in inflation could put the Fed “behind the curve” if it moves too slowly, while raising rates amid lackluster growth might imply the Fed is being too aggressive, Bryce Doty, senior portfolio manager at Sit Fixed Income Advisers, said in a note. “Understandably, the minutes suggest there is not a consensus amongst Fed members on when to best raise rates again.” 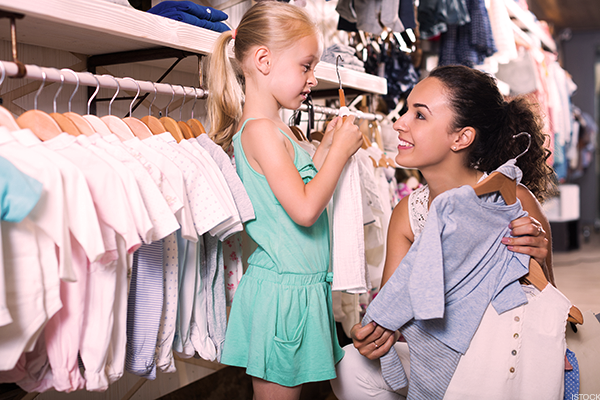 Consumers and retailers had a sunny week, with data supporting a comeback in spending and a two-day rally giving rise to the sector.

In economic data, retail sales increased 1.6% in September, according to the Census Bureau, reversing a 0.1% dip a month earlier. Analysts had expected a slightly faster pace of 1.7%. Excluding autos, sales increased 1%, faster than an anticipated increase of 0.8% and five times the pace of growth in August.

Consumer sentiment improved in early October, hitting its highest level since the beginning of 2004, according to the latest reading from the University of Michigan. The index of consumer sentiment increased to a reading of 101.1 in October, up from 95.1 in September. That marks a nearly 16% year-over-year increase. Both the view on current economic conditions and expectations for future growth rose this month. A final reading on sentiment will be released on Oct. 27.

Kroger rose on Wednesday after it said it was considering unloading its convenience store business. The company is exploring strategic alternatives for its 784 convenience stores stretched across 18 states. Goldman Sachs is advising on the process.

Colgate-Palmolive got a boost from SunTrust Robinson Humphrey which upped its rating to buy from hold and boosted a price target to $85 from $65. Analyst William Chappell Jr. sees weakness over the past three quarters as an “anomaly.” In the fourth quarter, Chappell expects the company to “cycle through these issues” and “embark on a path back to its target organic growth rates.”

Will the VIX Ever Go Up Again?

Allergan Is the Cheapest Big-Cap Drug Stock in the Universe

Virgin Galactic May Be Able to Launch Saturday, FAA Suggests