Share
Blue Apron ( APRN) shares closed off 8.4% at $9.51 one day after news of a deal with Beyond Meat  ( BYND)  had sent them to a day peak of $13.22.
Blue Apron stock jumped Tuesday after it said it would begin selling the products from the alternative-meat startup in its meal kits in August.
After posting their best trading day in six months, the kit delivery company’s shares maintained a steady decline.
Some speculate the company can’t compete with Walmart ( WMT) and Amazon, (AMZN) which sell cheaper food and make it more convenient and accessible without a subscription.
Beyond Meat has an average price target of $106.57 and hold rating according to analysts surveyed by FactSet. The plant-based-food sensation is slated to report second-quarter results on July 29 after the market close.
Blue Apron has an average $12.92 price target and hold rating according to analysts surveyed by FactSet. 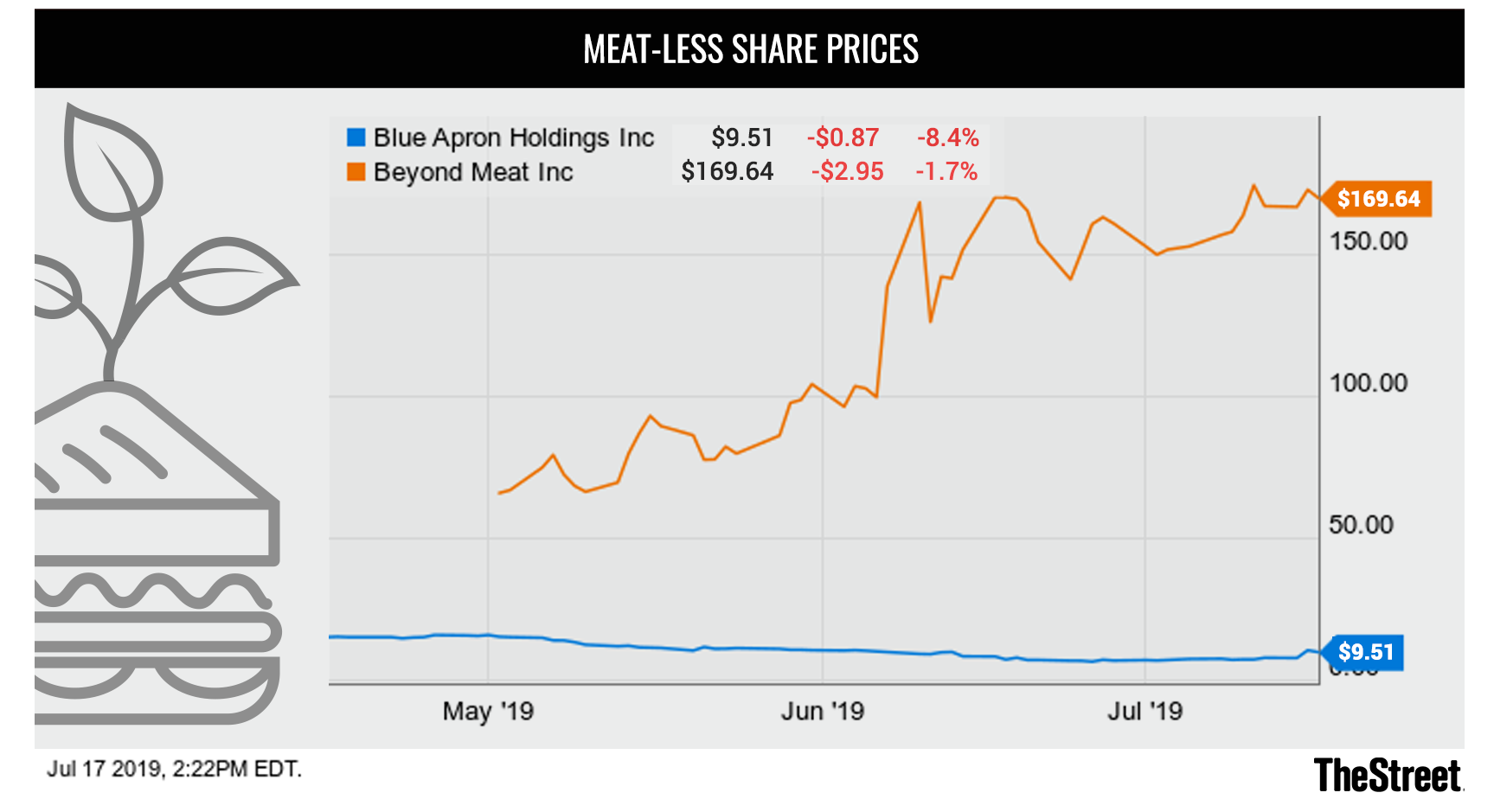 CarMax Could Run Into Some Engine Trouble in the Weeks Ahead

What War Would Mean for Wall Street