India’s rating shifted from the very bottom of investment-grade rating, Baa3, to Baa2. The last time Moody’s moved India up a notch was in January 2004. The good news priced in, Moody’s then moved India’s outlook down a notch from “positive” to “stable.”

The upgrade is a welcome one, of course, but extremely strange in its timing. Like central banks responding to market moves, it’s too little, too late.

The upgrade should have come early in Prime Minister Narendra Modi’s tenure, which began in May 2014. Instead, it comes now, when India’s rate of growth is at its lowest ebb in 17 quarters.

The economy disappointed with an advance of 5.7% in the June quarter, well below the 6.6% forecast. That’s the slowest pace since the first quarter of 2014, and the lowest rate of growth since Modi took office.

Former finance minister P. Chidambaram called the latest print “a catastrophe,” demonstrating a genuine and alarming slowdown. “Our worst fears have come true,” he said in a tweet. “Slow growth, low investment and no jobs. An explosive cocktail.”

Still, India’s sovereign-debt upgrade eases the cost of borrowing for companies with foreign bonds and loans. The positive move may also lure increased foreign-direct investment and stock-market flows into the country.

U.S. investors can gain exposure through the iShares MSCI ETF (INDA) , up 30.0% so far in 2017, or consider concentrated exposure like the VanEck Vectors India Small-Cap Index ETF (SCIF) , up a whopping 52.9% year to date.

I hesitate to recommend chasing such gains, but I said the same thing in August, and the iShares fund is up 4.3 percentage points since then, while the VanEck small-cap fund is up 15.9 percentage points. Long-term interest is merited if India continues to succeed in pushing structural change. 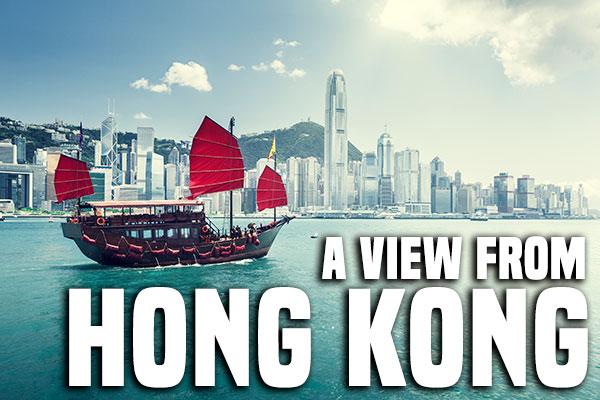 The Moody’s upgrade is validation that Modi’s hard work is paying off. The government last November rendered 86% of the cash in circulation worthless, forcing people to return the notes to the bank if they wanted to get anything back. The move was aimed at pushing money above the table and out of the black-market cash economy.

India also introduced a nationwide sales tax as of July 1. Although it is still hellishly complicated, with far too many bands to make sense, the Goods and Services Tax nevertheless makes life much easier for companies doing nationwide business or between states.

India has struggled to implement new rules and regulations in the past. The world’s largest democracy is also its biggest bureaucracy, and you can expect to be filing all those sales-tax reports in triplicate, to keep the pencil pushers happy.

Given past challenges over policy implementation, “we believe that the eventual impact of such measures will be felt quite a few years down the line,” Société Générale economist Kunal Kundu says.

Still, the Modi administration has been politicking for a ratings upgrade for ages. Better late than never. Its highest rating from Moody’s was actually in the late 1980s, when it hit the equivalent of what’s now Baa1, but the government had a torrid time in the 1990s, with its debt labelled junk until late 1994.

The Indian economy will likely expand by 6.5% this year, according to Oxford Economics, well down from 7.9% in 2016. But it is expected to bounce back in 2018 after the setbacks of the demonetization and introduction of the sales tax. It is forecast to expand by 7.5% next year, again according to Oxford Economics, and remain above 6% through 2027.

In fact, Moody’s expects a “similarly robust” level of growth as next year’s 7.5% to continue for some time, significantly higher than most other economies that have a similar rating.

For now, India has surrendered its title of “world’s fastest growing economy,” at least among the major ones, to China once again. India has existed in China’s shadow in terms of investor interest and investment by multinationals, which have been put off by the incredible forest of red tape that they must cut through to put money to work.

The pace and nature of the changes have also impressed Moody’s. Pushing the cash economy above board will reduce corruption and improve tax collection and strengthen its institutions across the board, it believes.

The rating agency anticipates that the reforms put in place so far will end up “ultimately fostering strong and sustainable growth,” with a better business climate, improved productivity and a higher rate of foreign and domestic investment.

China’s economy is expected to advance at 6.8% this year, 32 basis points better than India. But it should hand the title of “World’s best growth” back to India next year — and then for the foreseeable future, with Chinese growth decelerating fast as the economy transitions from an export-based factory floor to a service-driven developed nation.

Dow futures struggle for direction as traders break for Thanksgiving

How the coronavirus outbreak has delivered a shock to stocks, bonds and other assets…